How it arises and what it can cause 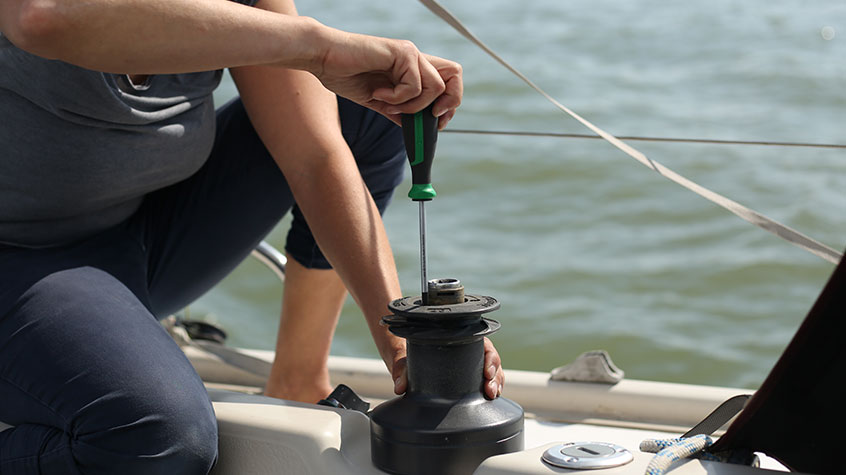 Everyone who works professionally with fastener-tightening tools has probably heard of the cam-out effect. And every amateur DIYer has experienced it, even if they are unaware of that name. After all, the cam-out effect is the main cause of accidental tool slippage when working with Phillips screws.

What causes the cam-out effect? And why does it result in slippage?

To understand this, we need a bit of physics: the Phillips profile is conically shaped – it tapers towards the bottom. When turning the screwdriver or bit, part of the energy applied by the user is not converted into a rotating motion of the screw, it creates an unwanted force along the axis of the screwdriver. This axial force drives the tool out of the screw head. This is called the cam-out effect. 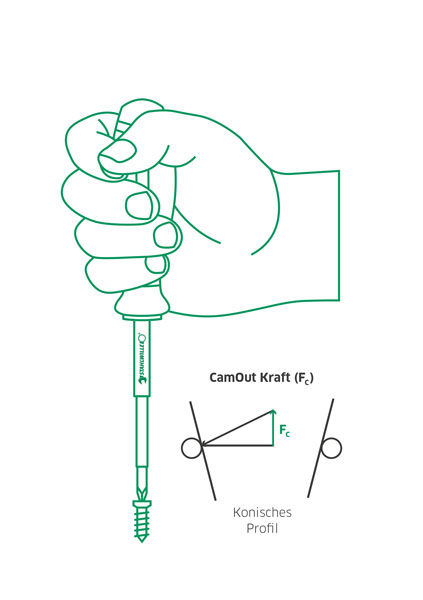 The consequences can be serious. Often – especially when using power tools – the recess in the screwhead is stripped, which makes the fastener practically unusable. Equally conceivable is damage to the possibly high-quality surfaces around the screw. There is even a certain risk of injury.

Switch to other profiles

But there is a simple solution: users can change to screw profiles where the flanks of the recess are more parallel. The TORX® drive, for example, has parallel profile flanks and offers a much better grip than most other drives. The force is transmitted centrally over a greater surface area, which keeps wear low and protects the screwhead.

As a result: to be on the safe side, say goodbye to Phillips screws.